The participants split into groups of five (the remaining participants can be observers). Everyone stays in the same room, but the groups sit in separate circles. It would be best if they can sit on the floor. A set of five envelopes marked with numbers 1 through 5 is prepared for each group. The envelopes contain pieces to make up a square. Each member of the group receives an envelope. The instructions say that they are not to open the envelopes before they are told to do so.

Materials: 3–4 sets of envelopes containing pieces of the jigsaw puzzle (see instructions on the next page) 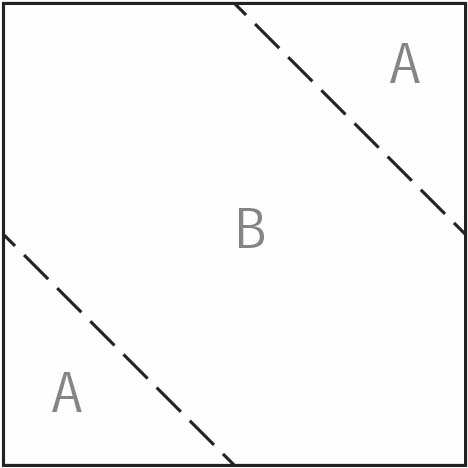 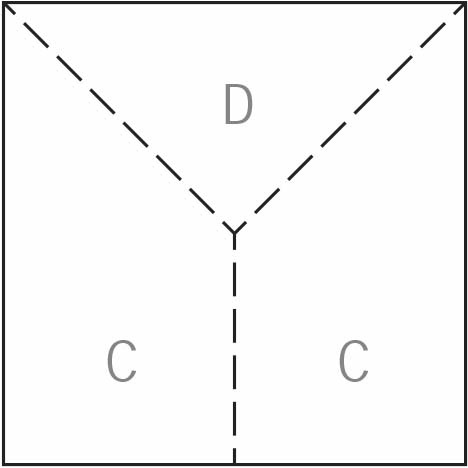 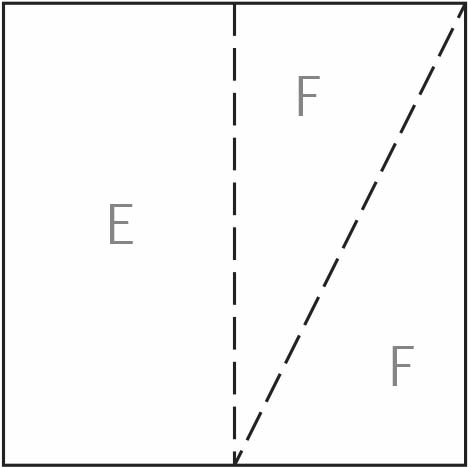 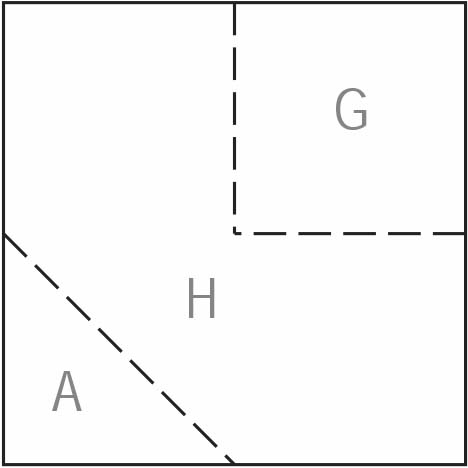 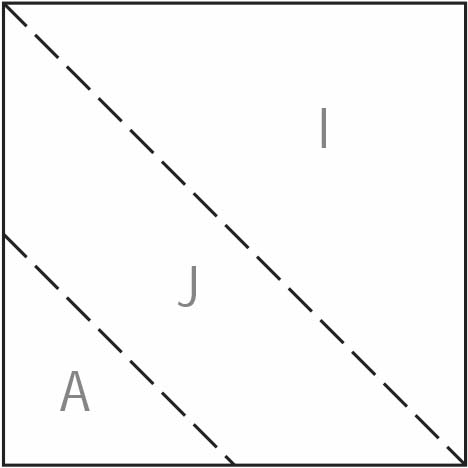 Into Envelope 1 pack one piece marked with each of the letters A, C, H and I;

Repeat these steps three more times to make four more sets of envelopes. It is recommended to make each set with different coloured paper. This helps avoid mixing the pieces between the groups and makes it easier to collect the pieces after the exercise to be used again.

Slowly read the instructions at least twice, making sure everyone has heard them.

“Each person has received an envelope with pieces that form a square. At my signal, the group should start the task of putting together five squares of equal size. The task is complete when every member of the group has a completed square in front of them.” Make sure everyone understands the task. Then read the rules given below. It would be best to have the rules written out in large letters and displayed prominently.

“No talking or communicating of any kind is allowed during the exercise. You may not take pieces from other members of the group. Pieces may only be given to the person to your right or placed in the middle of the circle. You may take pieces placed in the middle of the circle.” Evaluation of the exercise is conducted after all groups have completed the task.

What was it like? Did you follow the rules? What did you do? Some of you had only one piece of the puzzle. Did anyone notice this? How did such people feel? What was it like and what did you do when someone was keeping part of the puzzle and not seeing the solution? How did you feel when you put together your square only to realise you had to take it apart in order to give away a piece? What did the observers notice? What was it like cooperating without verbal communication?

The taskis difficult, but not too difficult. Sometimes all it takes is time for the group members to realise they must cooperate in order to complete the task. The exercise may cause frustration, D impatience, neglecting others, competition within the group, and especially competition with other groups (over who will be the first to complete the task), as well as complete disregard for the rules of the exercise, all of which provides very useful material for analysing teamwork and cooperation. When behaviour during cooperation is criticised, care should be taken that the criticism isn’t judgemental or personal, andparticipants should be reminded that the aim was not to compete but to learn about cooperation. This type of intervention is important to prevent someone retreating under criticism or feeling like they’re being “punished for their mistakes”, especially because self- criticism and criticism are indispensable for in-depth work during the Etraining and due attention should be given fromthe very beginning to practising a culture of critique.