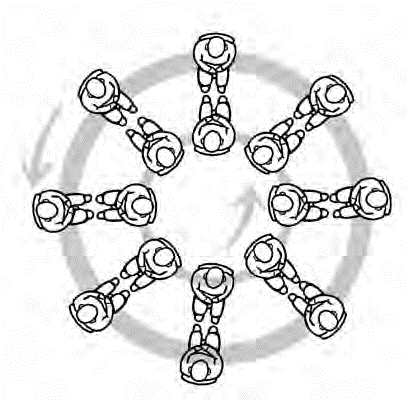 Persons sitting in the outer circle take a card from the “hat”. The cards have statements about the rights of social groups and individuals. The same statement can be used on more than one card in the hat. Example statements:

The person taking the card from the hat acts as an advocate of the statement and is supposed to convince their partner, while the other person is tasked with opposing the statement, formulating reasons why the right should be prohibited.

After 3 minutes the discussion is stopped and the people sitting in the outer circle move one place to the right. They now have a new partner and the exercise is repeated with a new card from the hat. The exercise can be repeated a few times.